View all posts by motherofimperfection

Well, I know I have been absent for the last almost two months. It’s been a long, crazy two months. So many things have happened, and it has been crazy busy. I will, at some point, put all those happenings into words here on the blog, but I don’t think I’m quite ready to speak (or write) about some of the things that have happened. Let’s just say this Mama’s heart has been tested! But we’ll talk about that later.

As for right now, I’m pretty sure, what I’m feeling, very closely resembles how it feels to get hit by a bus. I. Am. So. Sore. We have been training feverishly these last couple of months to get ready for the tournament next weekend. I pray that I’m ready. And I’m praying that my body doesn’t quit on me before then. I have so many bruises right now. I think it would be quicker to find the non-bruised places than the bruised spots. I think all my teammates are feeling the same way.

For the last week or so, I’ve been noticing my neck/collarbone/shoulder hurting quite a bit. I’ve been thinking it’s just because we have been training so hard. I noticed today that it hurt to even run my hand over my collarbone. I have so many bruises on my chest right now that I didn’t think it was anything more than a bruise. I had my husband look at it when it started to hurt to raise my arm. He told me he thinks my collarbone is dislocated. Joyful! A week before the tournament. This is awesome. So, I’m hoping I can get into the chiropractor tomorrow to have her look at it and pop it back in place, if needed. I really don’t have any training time to lose. I need every second on that mat. I will let you know how all that turns out. I’ve been training with it like this for at least a week now. Maybe I should pay more attention when my body is trying to tell me something. Ha! Yeah, right.

The tournament is a week from today. I can’t believe it came up so quickly. I don’t feel like I’m ready, but that could be a good thing too. I won’t underestimate my competition at all! I feel like I’m brand new to jiu-jitsu and know absolutely nothing! I honestly don’t know how I let my teammate talk me into this tournament. We’ll see how this goes, but as of this moment, this will be the only tournament I ever compete in. I am a nervous wreck already! Maybe I’ll change my mind after it’s all over, but I’m not holding my breath on that one. Here’s to no puking on game day!

Do any of you compete in any sports? I would love to hear about them and how you manage your nerves before a competition. I’ve been trying different things, but I’m not having a whole lot of success on keeping the nerves at bay. I need to get these nerves under control, or it probably won’t end well. Leave me a comment below with your techniques for calming yourself before a competition. Or any activity, really, that makes you nervous.

On a positive note, I made it down to my goal weight!! I was so nervous about not making it to the goal. When I first decided I was going to compete, I was looking up weight brackets that are used at these tournaments. I was right on the border between two weight brackets. I wanted a specific goal because it would keep me at the very top of the lighter weight division. If I would have stayed at the weight I was, I would have been at the very bottom of the weight bracket. That isn’t usually a good thing. Even a few pounds can make a difference. I’m so excited I made it. I will possibly have a tiny bit of a weight advantage now. That makes me a little more comfortable. But, my son’s birthday is this week, so hopefully I don’t mess it up with too much cake and ice cream!

Our team has eight people heading to the Twin Cities to compete at this tournament. I can’t wait to watch the others go. I already know they are amazing athletes, but it will be so cool to watch them roll against people from other dojos from all around the world. I am way more excited to go watch my teammates than I am to compete! I know I’m probably making this out to be way worse than it actually is, but this is how my brain works when I try something for the first time.

I am really hoping that training goes well this week, and no one gets hurt. We are pretty much set and ready to go. Now is the time to fine tune our game and make sure our cardio is where it should be. We are going to push hard this week and get each other excited to be on the mats on Saturday! Wish us luck! Right now though, I have a dog staring at me to go outside. I’m going to do that and get some sleep. It’s past my bedtime!

And just in case I don’t get back on here before Saturday, I hope you all have a great week! I will update as soon as I can! 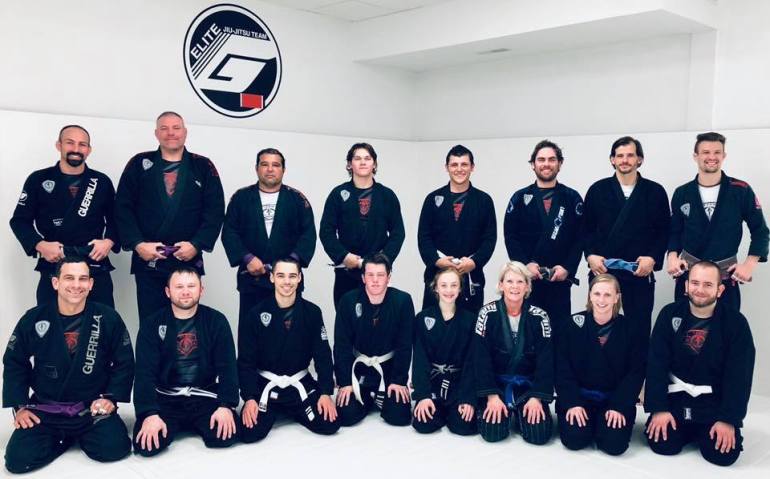